Sydney is currently celebrating their 2011 celebrations right now as I'm typing this. And yes, this blog is officially more than 1 year in use!


Overall, 2010 is a bittersweet year for me. The year began silently while fireworks from the Tawau Yacht Club began beautifying the skies, while I was alone at home, thinking of the future. All was static until February when I embarked my first journey overseas to Melbourne and Sydney of Australia. 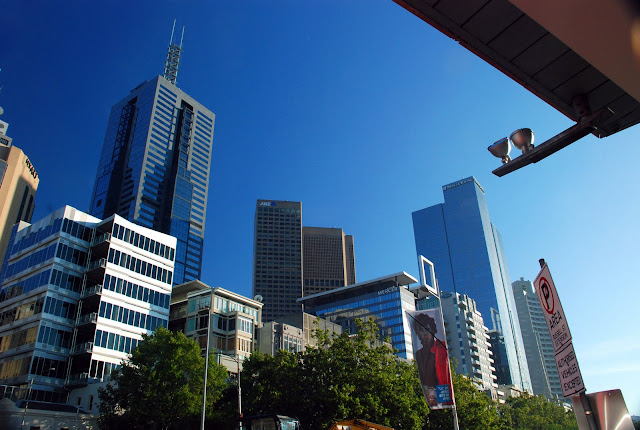 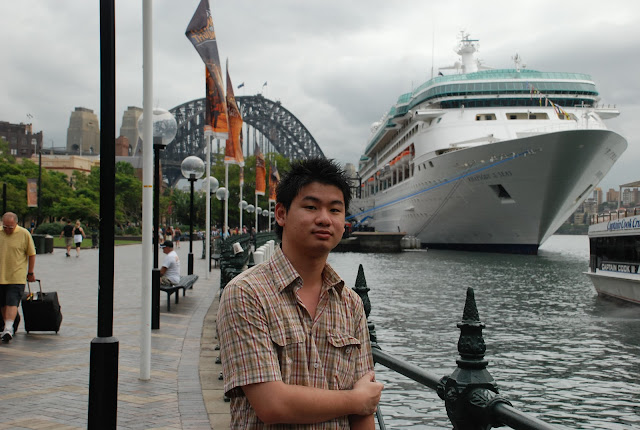 Gosh! They are 2 beautiful places. I wish 1 day I will be back there as a travelling photographer. 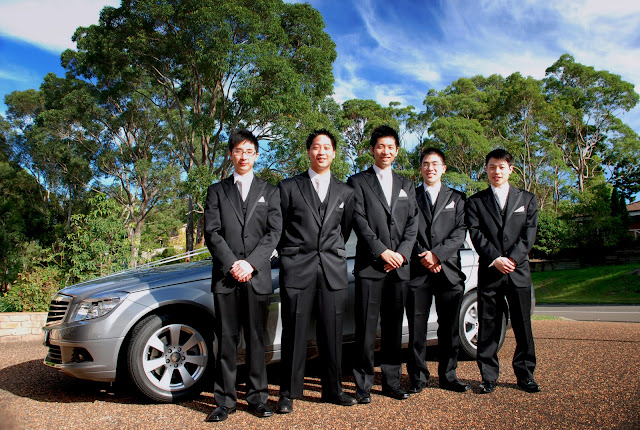 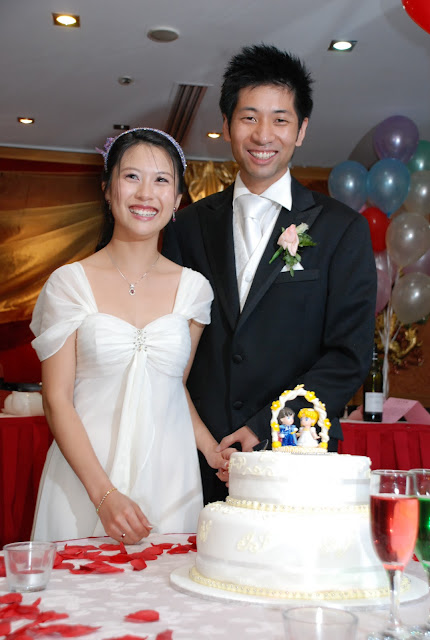 In fact, I made my second attempt on covering a wedding - which is of my cousin Jason, and Iris Cheung. And I even learned some tips from their hired photographers. It was a really great experience learning with the Nikon D80.


I went back to Kuala Lumpur and resumed my 2nd semester in Journalism. Happy to met back most of my classmates. They even celebrated my birthday. 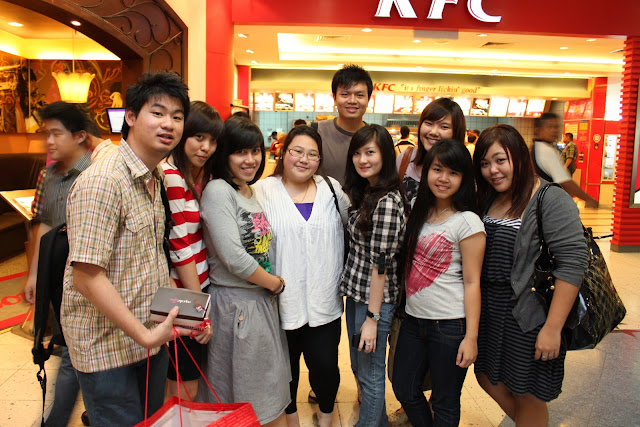 However, that happiness had short-lived. It's not that I had a quarrel with them or something, I really have no idea why things changed ever since our campus had shifted to the new Lakeside Campus around April after the mid-term break. For sure, when we were in the old LCS campus, we were still able to go anywhere during class breaks. However, the traffic jams discouraged us to go outings, plus, the food in the new campus were more expensive. 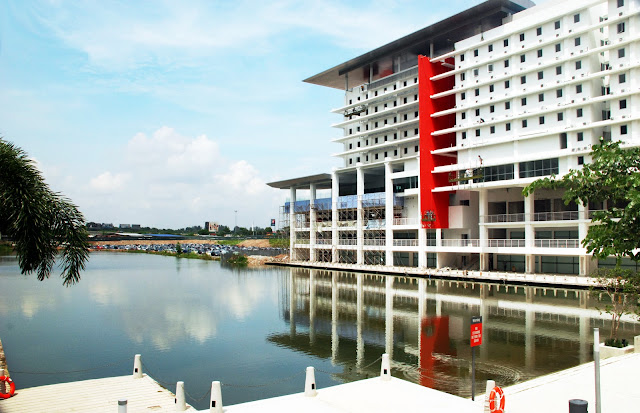 However, during that period, I really thanked God for Elaine whom I always sms-ed with during her National Service periods throughout those days. She really cheered me up. Without her I really felt alone at those times, seriously. 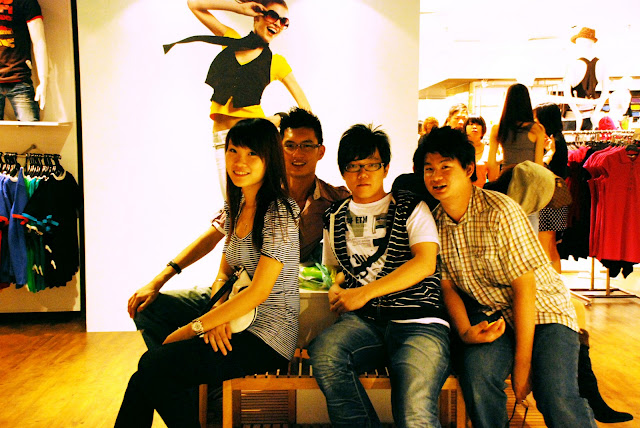 Plus, I also had a nice gathering with my old classmates during that period. Can't wait to see you guys during Chinese New Year.


World Cup fever was around that time, and I returned to Tawau for vacation. It was a fantastic tournament as Spain pounced against their opponents 1 by 1 to win the Cup, as Andres Iniesta scored the screamer goal against Holland, leaving the Dutch Oranje being stunned with 1 of their players, John Heitinga, got red carded.

Once again, another gathering happened, thanks to Michelle Dieh, the main organizer. 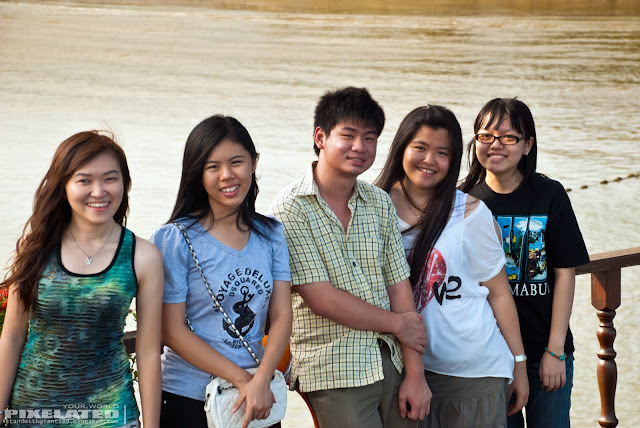 One of the pictures taken that day.


After the break, I was then blessed with another new camera, which is needed for my 3rd semester's Introduction to Digital Media (IDM) course, the Sony NEX-5. As its advertisement tagline said - Creativity Changes The Everyday, the NEX-5 does a better job when compared to my Nikon D80, specially at night. I needed it for its video features.


Well, my original choice was to get a Panasonic LX5, but it haven't reached the Malaysian markets yet. 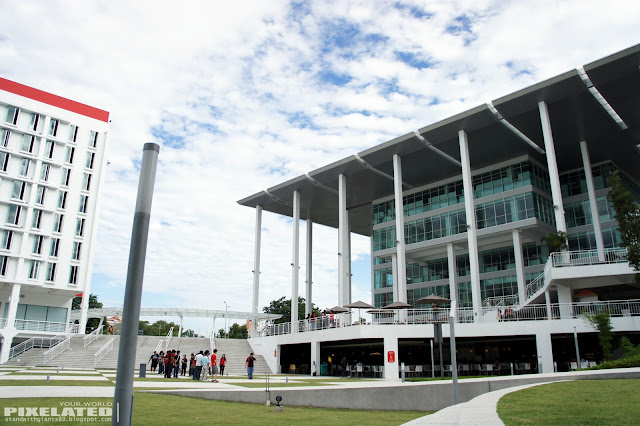 See how good it is, when compared to the ageing D80.


Nothing really happened much in the 3rd semester. My main classmates were just Amirul, Jenifer and Aalia, a new student who had transferred from UiTM if I'm not mistaken. And this is the semester where we were began to be segregated according to our majors. The huge group of friends who we were in 2009 had been divided into smaller groups.


I really had a deserted feeling. The only gathering I had with the CMM-ers, namely Huei Ling, Thomas, Bong + Kar Chun and Ruth was during the Syabu Syabu gathering around Sept or Oct. 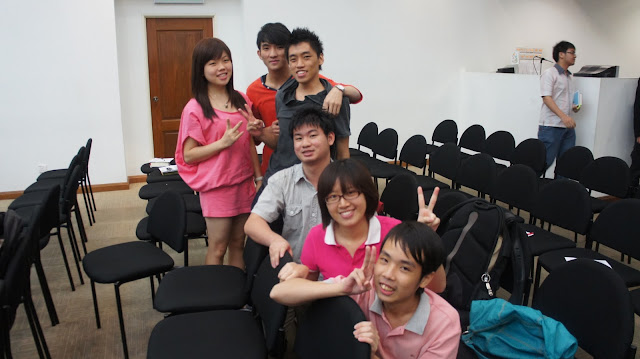 However, it was this semester when I felt that I began having a stronger affiliation with my church - Faith Christian Centre. Well, besides of having my shared group and my ex-cell members from the English Youth, I also get to know some other friends like Melanie and Vincent.


And slowly I became one of my church's main photographers - alongside my cell leader, Kim Loong, plus Gary, Cedric, Zermi, etc. And the first church event I covered was the Celebration Night concert.


The Sony NEX-5 then became like an offering to God. And I'm looking forward for more church coverage.


Well, that explained why 2010 is kinda bittersweet. I saw large group of friends being segregated into smaller groups, I saw relationships reinforced and dissolved. I saw myself being in a middle of nowhere, sometimes I saw insights and new wisdom along the road.


At the end of the day, it's all about life. You still have to move on. In this month, an online suicide note rocked Kuala Lumpur with the death of Alviss Kong. He just ended his own life for the sake of being depressed of his no-longer-committing girlfriend. I won't label him as foolish, nor sincere, being neutral about him tells me about how important life is.


Last but not least,

Just a short update congratulating the Malaysian Football National Team for winning the AFF Suzuki Cup just recently, though they lost to Indonesia 2-1 in the Second Leg. 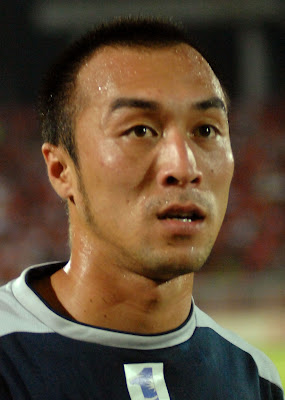 Anyway, to me, I am fascinated by this guy.


Khairul Fahmi Che Mat. He made many excellent saves and he even knows how when he should rush out and when he should stay on guard. It's like seeing another world class keeper in action.


And yes, after Lee Chong Wei, he's the 2nd Malaysian to be on Twitter xD. 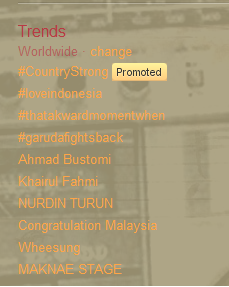 Even the Indonesians also congratulated us as well. Well, most of them surely has a Blackberry each, so they just tweet whatever they like. 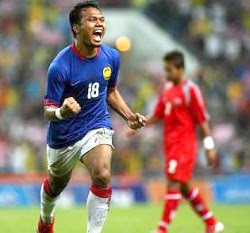 Last but not least, this guy deserves credit as well. Safee Sali - Malaysians tend to dub him as our very own Wayne Rooney. 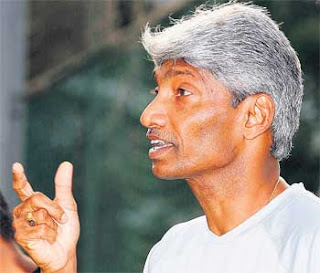 And him! K. Rajagopal, our Malaysian head coach who has the Arsene Wenger look! :) He's the proof that we no need any foreign head coaches like Vietnam and Indonesia to succeed more. 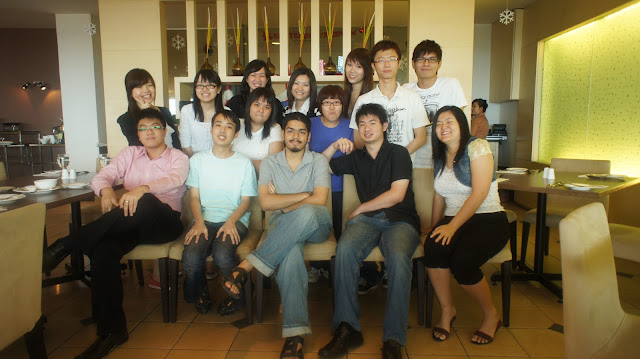 Sorry for the 2 month break. Actually I had lost my mood on blogging for that period. Nothing much actually happened, except for Dec 23.


Here's where I went. I flew back from Kuala Lumpur to Tawau at November 28, and my life pace had freezed right over here.

I can't really update a lot due to the slow Digi Broadband upstairs in my room, but ever since I changed my house's Streamyx into a WiFi area, I am able to surf the Web faster without fighting for the main laptop here.


What happened in Dec 23 to me was 2 great fellowships during the noon and the night. I spent a good lunch with my schoolmates and my ex-cell members that night in Olive.


Let the pictures tell the story. (pictures will be uploaded) You can spot the differences of image quality as I used the Nikon D80 and the Sony NEX-5 for the occasions. 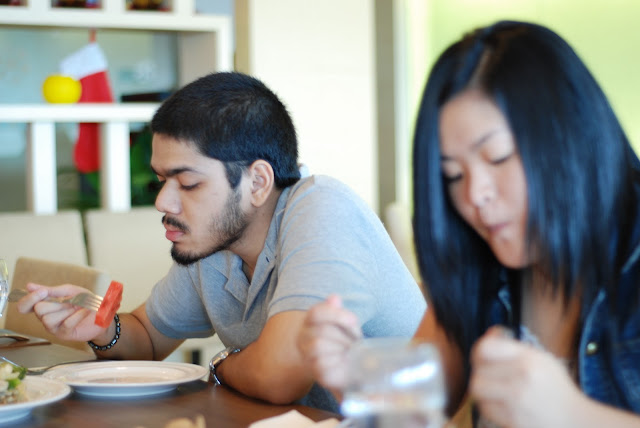 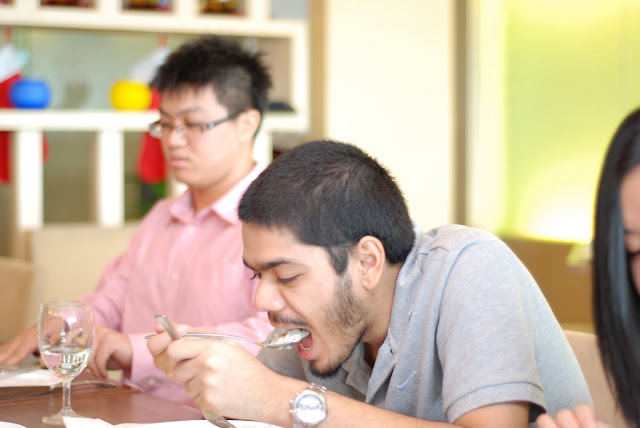 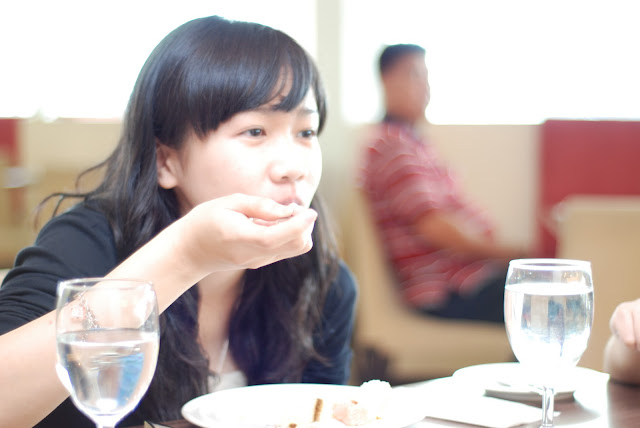 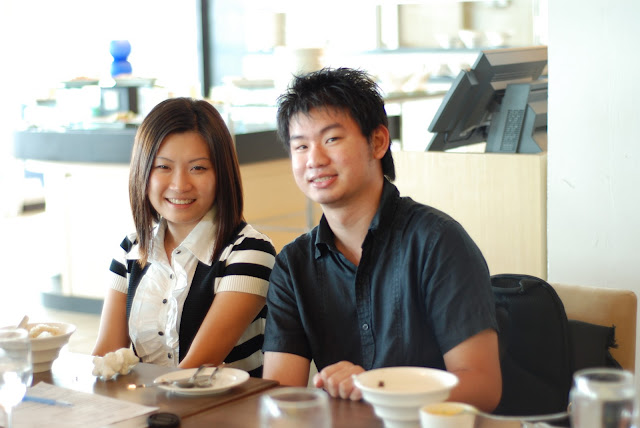 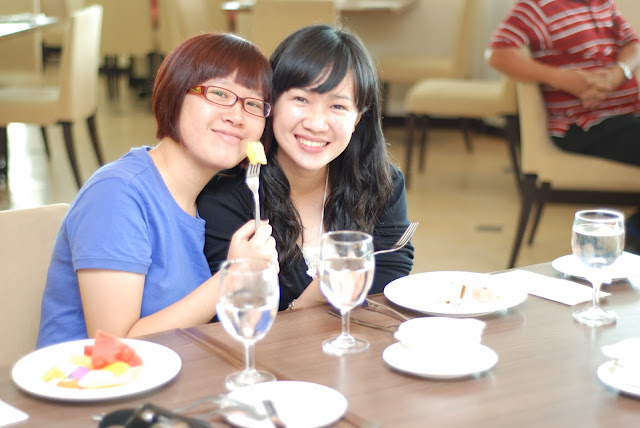 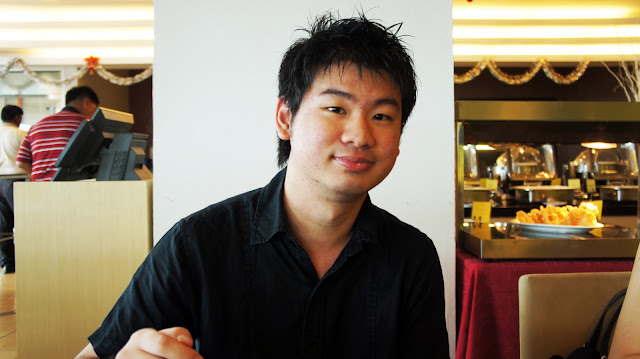 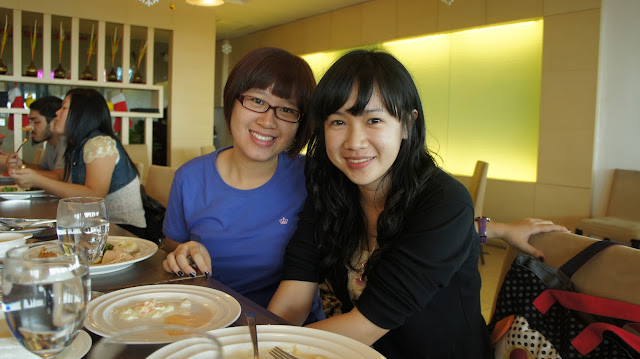 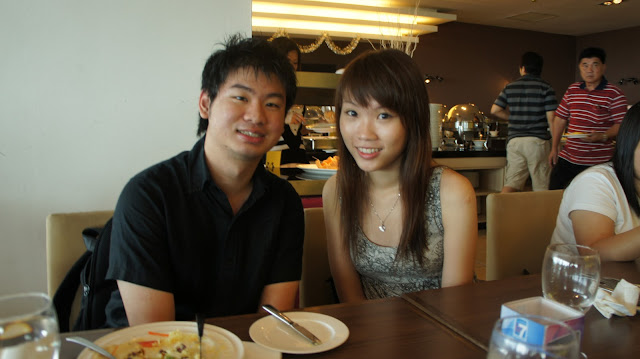 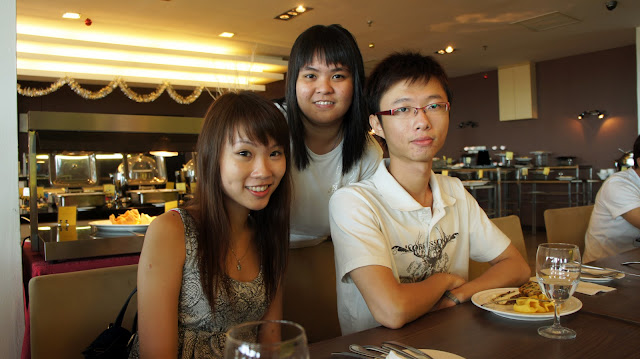 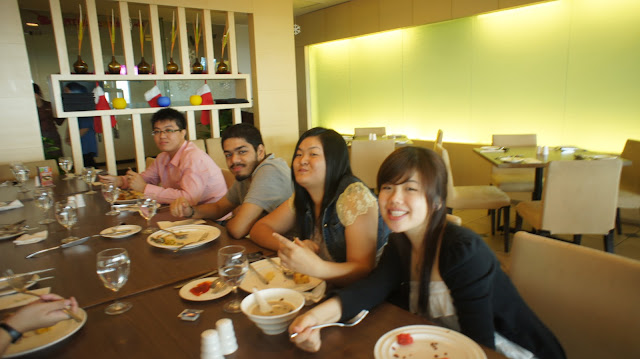 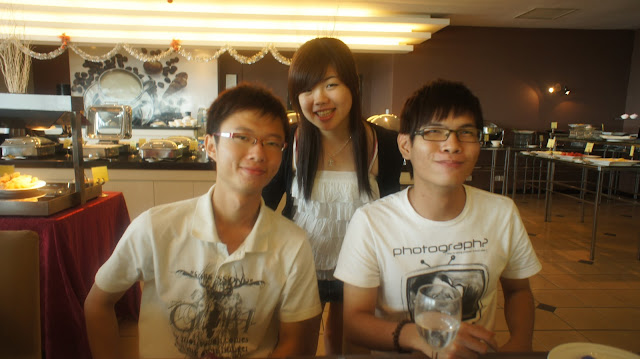 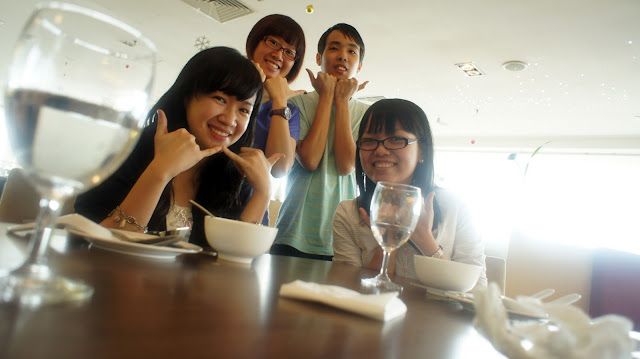 You can see the differences between the 2 cameras - My Nikon D80 and my Sony NEX-5. Obviously the Sony NEX-5 has a better image quality.